SHOP HERE!
Offers in:
Offers for:
Cookie preferences
This website uses cookies, which are necessary for the technical operation of the website and are always set. Other cookies, which increase the comfort when using this website, are used for direct advertising or to facilitate interaction with other websites and social networks, are only set with your consent.
Configuration
Technically required
These cookies are necessary for the basic functions of the shop.
"Allow all cookies" cookie
"Decline all cookies" cookie
CSRF token
Cookie preferences
Currency change
Customer recognition
Customer-specific caching
Individual prices
PayPal payments
Selected shop
Session
Comfort functions
These cookies are used to make the shopping experience even more appealing, for example for the recognition of the visitor.
Note
Statistics & Tracking
Affiliate program
Facebook Pixel
Google Analytics
Newsletter2Go
Track device being used
Categories
Vorteile
Our service for you
Close filters
Vorteile
Our service for you

Even if we do not want to admit it: Electromagnetic radiation can have a negative impact on our health and is partly responsible for a variety of possible ailments.
A solution to this dilemma can be found in the innovative Vita Chip, which uses an ingenious technique to harmonise the frequencies that are harmful to the human body.
After only a short time, an improvement in personal well-being is noticeable and can lead to fewer health complaints in the long run. And the whole thing is also measurable.

We tell you exactly how it works and what else you need to know about the Vita Chip and electromagnetic radiation. You can read more here.

How does the Vita Chip work?

The Vita System works via a small, powerful chip the size of a 10-cent piece. The chip consists of finely ground magnetite on which different information is stored. The task of this information or frequency is to reduce the influence of artificially created electromagnetic fields on the body and to harmonise the disturbed frequencies. This can improve biochemical processes in the body as well as the structure of body tissues and fluids.

The Vita Chip can easily be attached to electromagnetic devices such as smartphones or WLAN routers. The radiation emitted by the devices is harmonised and thus the environment in the home, office or even in the car is automatically brought back into balance. Devices that emit electromagnetic radiation include not only telephones and WLAN routers, but also many household and everyday devices. These include, for example, microwave ovens, refrigerators, cookers, televisions and remote controls, baby monitors, radios, computers, lighting, etc.

Use on the body

Alternatively, it can also be used directly on the body. With the help of a kinesiological tape, the chip is attached and can exert its positive effect on pain, the vegetative nervous system or movement disorders. The latter option is also used, for example, by competitive athletes who must optimise every living environment to be able to call up top performance.

Ultimately, the aim is to keep the frequencies that are unhealthy for people away from them and to change the incoming radiation in such a way that it not only loses its harmful effect on the organism, but at the same time even has a positive effect on the body through frequency harmonisation, because radiation is nothing other than energy and that can be used. The Vita Chip therefore has a double effect and offers an excellent solution to the modern problem of electromagnetic radiation, which will now also increase significantly with 5G.

Electromagnetic radiation - what is it?

Our environment is characterised by massive radiation exposure, which is triggered by radio masts, WLANs, mobile phones, and many other electrical devices. You cannot escape this radiation unless you live alone in the forest without network coverage. Even if you are meticulous about using as few electronics as possible in your own home, you will still be confronted with electromagnetic fields (EMF) coming from outside. Even when you are out in nature, you are surrounded by radiation, because unfortunately there are transmission masts almost everywhere.

Electromagnetic fields are basically nothing new for humans. For simple bodily functions to be carried out, small electrical currents flow through the body, causing the cells to be supplied with energy and information. This causes them to vibrate at a certain frequency. If health complaints occur, an imbalance has occurred somewhere. Based on this knowledge, microcurrent therapy was developed over 100 years ago. By confronting the body with electricity in the micro range, the frequency is to be brought back into balance. Because only when the body vibrates at the right frequency is it healthy and efficient.

Which external electromagnetic fields do exist?

Humans are confronted with a multitude of electromagnetic fields that influence them from the outside. These can be divided into natural and unnatural fields.

Geomantic fields/earth rays: In the long run, natural earth rays can lead to the development of diseases. If you spend many hours a day in a place with unfavourable earth radiation, this can lead to discomfort or other complaints. Sometimes it helps to simply move the bed or the desk.

Sferics: These are natural electromagnetic voltages that are generated by thunderstorms, among other things. This form can also lead to health problems in some people (weather sensitivity).

Artificially pulsed electromagnetic fields: Naturally generated EMF already have a not inconsiderable influence on the body. Artificially generated EMFs, which are many times stronger, can cause serious damage in the long run, leading to a clearly perceptible feeling of discomfort.

Which complaints can be caused by electromagnetic fields?

EMF can cause various complaints and diseases. If your doctor does not find an organic cause for your health problems, you should consider the possibility that EMF could be a cause.

How can electromagnetic fields be reduced?

One advantage of modern times is that life is becoming more and more comfortable. Electrical devices such as televisions, washing machines, refrigerators, smartphones, etc. make everyday life easy and pleasant. WLAN and Bluetooth make many things possible that we no longer want to do without. What is often forgotten is the radiation exposure that goes along with it. It is probably impossible to avoid it completely, but it is not that difficult to reduce it if you make the effort to rethink. 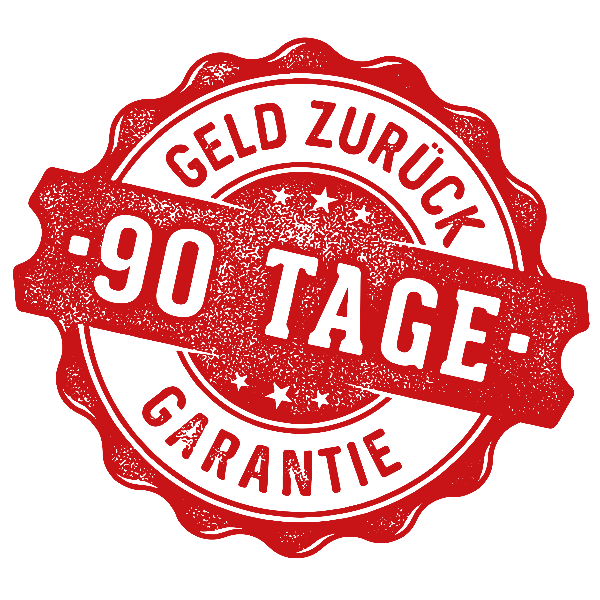 Our 90-day money back guarantee

We're sure you'll be very happy with your Vita-Chip!

- The 90-day money-back guarantee is only valid for all Vita-Chip articles that have been purchased from the K-Active online shop from 15.08.2021 onwards.
- The guarantee is aimed at private households and end consumers of full age who are resident in Germany or Austria.
- The claiming of the guarantee must be reported to K-Active Europe GmbH (hereinafter referred to as "K-Active") by telephone.
- The refund will be made via the payment method used at the time of purchase
- Postage and packaging costs for the return are not borne by K-Active, but by the buyer.
- The product must be returned undamaged, on time and in the original packaging.
- The refund corresponds to the amount of the actual purchase price, which was paid after deduction of possible discounts according to the invoice.
- The money-back guarantee is possible a maximum of 1 time per household in a calendar year and 1 time for one and the same product over the entire duration of the promotion.
-- Active reserves the right to return products that do not meet the above requirements to the sender at the sender's expense.
- The 90 days is valid from the date of invoice

Viewed
Trusted Shops Reviews Toolkit: 1.1.5
This website uses cookies, which are necessary for the technical operation of the website and are always set. Other cookies, which increase the usability of this website, serve for direct advertising or simplify interaction with other websites and social networks, will only be used with your consent.
Decline Accept all Configure